The Fashion Interview: Laura Renieri from The Old Now

One of the greatest thing that happened in my life in 2014 is being fashion contributor, with a special focus on luxury and new designers, for the famous Italian webmagazine The Old Now. You can read here some of my articles.

I’m more than grateful for this great experience that allows me to be part of the best team ever, in a team that today is more a family than a job team, and knowing a new reality of work at 360°. I feel blessed also to have the best boss I could ever asked for, Laura Renieri, and today I wanna introduce you to this great personality in the fashion world, a girl who is really rare to find for her seriousness, sincerity and ability. 1. The Old Now was born as personal blog in 2010 and so soon it became a real webmagazine, really appreciated in various sectors. What did it make you decide  to leave the traditional concept of blog in favor of a completed webmagazine?

The course was natural, like a blossoming flower. When I bought the domain, four years ago I turned it into a container of images, especially shots of clouds. My photos have been noticed by a fashion magazine that offered me a partnership for the Milano fashion week, I accepted and then everything has changed.  Then, as in life, many interests have joined this ” virtual ” project to turn a blog into something that today can be called a lifestyle magazine.

2. For those who still don’t know you, who is Laura Renieri and what she likes?

Actually I’m an engineer with a double degree, 8 years of work with a multinational, consulting and commercial banking field, which is my current occupation “in real life”. For the rest, I’m a curious woman who has learned that the key to growth is to listen to others, compare and test their skills. I love sea, blue sky and travel especially. I love my friends, a few but really good, my family who lived in a completely different era and looks curiously at my current life. I like the exchange of ideas and opinions and I am fascinated by the world in its entirety.

3. The Old Now treats various topics such as fashion, lifestyle, beauty, food, travel, cars and technology due to an extensive network of collaborators. Which are your 3 must-haves in wardrobe and the IT bauty product  that is never missing in your daily beauty routine?

Incredibly I am a very traditional woman, I love to see and discover fashion, smiling and playing with it, but then, in the end, my favorite pieces are the white blouse, strictly with no brand in sight, the skinny black high-waisted jeans that, due to a huge use, are taking on a dark gray color and the smoking jacket, blue or fuchsia, that I think it’s perfect with every outfit. About the beauty, I could never stay without mascara, that has joined my life a few years ago as a gesture of cuddles and femininity rather than a true must-have beauty.

4. As a fashion expert, on which brand would you bet all out this year and why?

I love new talented designers in the same way of the well-known brands that have the ability to re-invent always themselves. Having said that, I don’t have a favorite designer, I love to mix them together to get the maximum completeness of quality, tailoring and trend. If I have to express myself about, I would like to make a consideration about Nike , that with the running, has gave a new life to the sporting world, integrating it into a daily routine which did not belong. Just walk through Milan, Paris or New York to see fluorescent or customized versions, or both, of sneakers worn by men and women of various age, not just with sweatpants, but also with suits and casual outfits.

5. Laura and social networks. What is your relationship with them and what do you think are the strengths and weaknesses?

I love and hate social networks. I love them for my work with theoldnow.it because they allow me to discover people, talents and trends, to study, to read and share content. I hate them for their intrusion into a private life that is really very important for the people who belong to it. My favorite is definitely Instagram because the images possess a strong communicative power and are able to really touch people in their intimacy. Second place for Twitter the exchange of words, even if in a limited space, it is essential to grow, not only as a digital-addicted but also, and most important, as people. I love Instagram and Twitter for their democracy, the opportunity to follow more or less famous people without their follow back. Below all other networks (Facebook, Pinterest ..), where obviously I am present more as a matter of work related to theoldnow.it rather than a personal “love”.  Twitter: @Laura_theoldnow Instagram: @Laurarenieri Facebook: https://www.facebook.com/TheOldNow.by.LauraRenieri About http://about.me/Laura.Renieri

6. You were Yoox face, Italian testimonial for Italian Independent in Paris and in these days we saw you working on a project with Porsche. The Old Now is a constant source of personal and work satisfaction, which is the one that you remember with more pleasure, pride and emotion?

Since some years theoldnow.it is really capable to amaze me.  It allowed me to travel extensively, even to destinations that have been part of my wish list for some time, such as Los Angeles, Santa Monica, New York, Paris, Detroit … not least the next trip which I can only reveal little / very little that see me for two weeks on the other side of the world. Advertising has always fascinated me, though of course never before last year, I thought I could be part of it. Yoox has been a really fabulous project, I know the e-commerce from immemorial time as a user and be the face with an online video campaign and on Sky was truly a unique experience. The most important memory consists of small things, of having met little by little fabulous people, some of whom work with me or have worked in the past, from having the best team I could wish for, from the satisfaction of email of the readers who give us affection, of confirming that every day there is something new and special that involves us. The everyday connected to theoldnow.it is the absolute most rewarding aspect, for which I thank every day.

7. Works personnels describe you as a serious person, with feet firmly on the ground and with a strong dedication to work. What advice would you like to give to those who would love to work in the fashion system?

I have been asked several times about tips from “how to behave” to “how to write a post,” so that in the end, ironically, I also wrote an article in the magazine ( http://www.theoldnow.it/diventare-una-blogger-di-successo-come-dove-e-quando.html  ) that re-reading today, after several months, I still find it current and responsive. In few words, the key is to be yourself, communicate and share, listen and speak, but also brought into question, as in the blog as in life.  The fashion world is now a reality with complex dynamics difficult to understand but that can be deal with determination and skills. You have to study, read up and learn from others.

Thank you so much for your words of wisdom Laura and to be one of the most special person I have ever met in my whole life, you are such an inspiration. 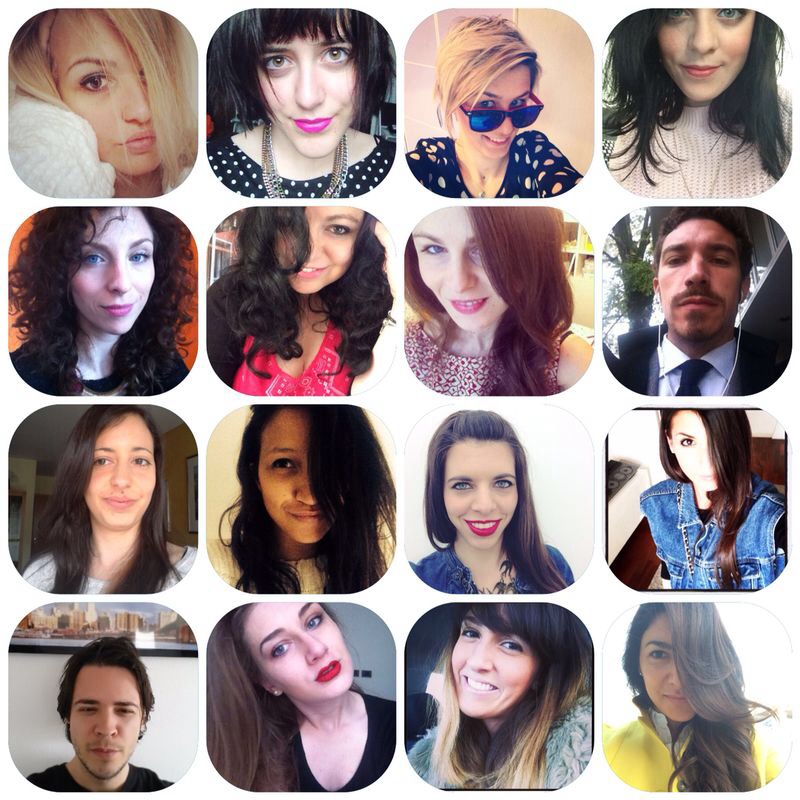 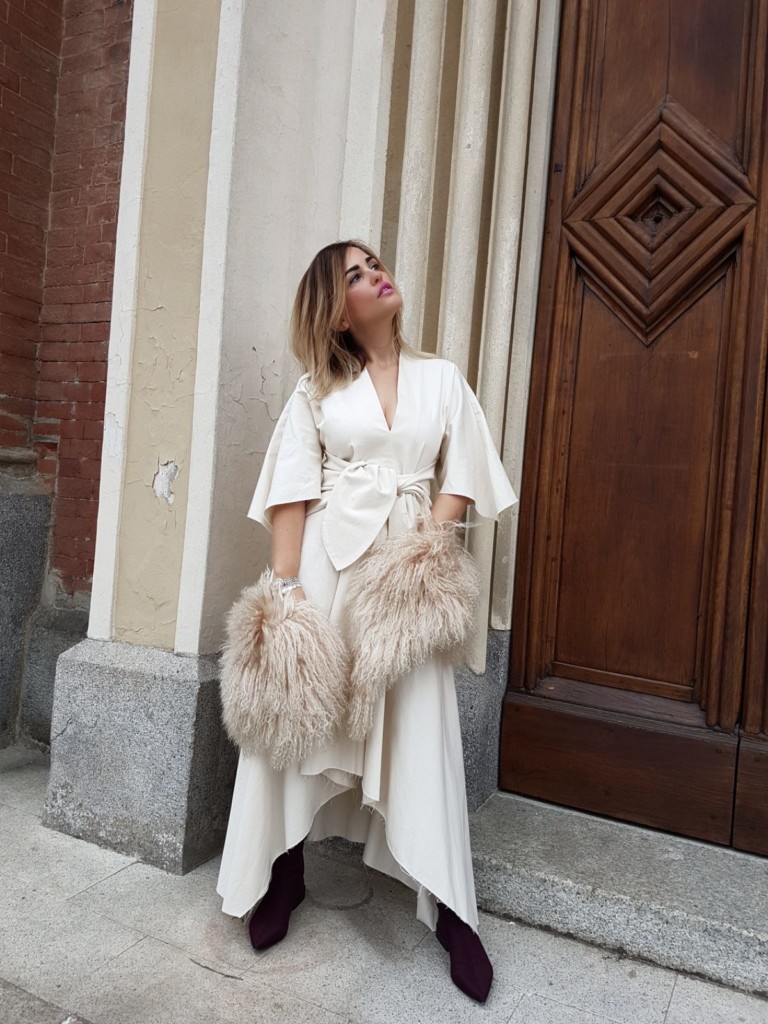 Look of the day | And what if snowflakes…